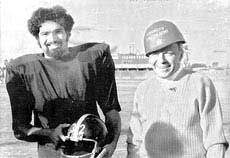 This week Steelers Nation was gearing up to have a celebration Immaculate Reception, a play that put the Pittsburgh Steelers on the map as the franchise of the future. We were supposed to be celebrating the legacy of the greatest Steeler’s RB in franchise history. Instead, today we were confronted with the news that Franco Harris died.

When I got the news, I couldn’t believe it. For me personally, it felt like the death of my childhood. Yeah, I was only 2 years old and way too young to remember Franco’s rookie season. However, I grew up playing football and that meant watching Franco Harris shred defenses with gaping holes and sprinting into the end zone week after week. Winning 4 Super Bowls in 6 years, Franco was the standard when it came to an NFL RB. Franco was the only RB I ever knew.

This week we were ready to celebrate the 50th anniversary of the Immaculate Reception, setting the standard for unbelievable game ending plays and  the Pittsburgh Steelers first ever playoff win.. While Franco will forever be linked to that play, his career is much more incredible. He was on a team that won 4 super bowls. He has the most rush yards and 2nd most rushing TDs in super bowl history. He has the 2nd most rushing TDs and rushing yards in NFL playoff history. He won 470 games in his career.

So while we will personally mourn the death of a Pittsburgh Steeler icon and legend of the game, we also will be honoring the legacy he leaves. This Saturday, Steelers Nation, get out your Terrible Towel and as you wave it to honor the event and man, use that same towel to wipe away your tears as they raise his jersey to the rafters and remember the great man that he was.

I was born and raised in Western PA and have deep roots in Pittsburgh sports. I bleed black and gold.
I am the only Porch Host to have played football in high school. I remember attending college football
games while still in high school at old Pitt Stadium and a basketball games in the Fitzgerald Fieldhouse. I
went to my first Penguin game in the early 1980’s to see a young Mario Lemieux play and stuck with
them through the lean late 1990’s and early 2000’s. I can tell you exactly where I was when the Penguins
won the lottery to draft Sidney Crosby. I have attended the original Winter Classic in Buffalo, the Stanley
Cup Final in 2009, but I have never seen the cup raised live. Growing up in the 70’s I barely remember
many details of the Steelers games except Super Bowl XIV. I do remember all the players and knew of
their greatness. I attended Superbowl XL to see the Steelers win their 5 th Superbowl. I loved the Pirates
of the 1980’s with their pinstripe design and Willie Stargell stars on their hats. However, since my
trauma of the Sid Bream incident, I have never seen the Pirates do anything of true value. As Chris and
Marc can attest, I left a part of my soul on that stool at Cavanaugh’s that night. I long for the day of real
ownership that wants to Make the Pirates Great Again. 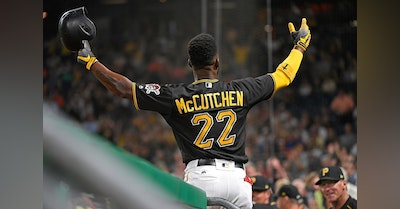 Oh, gosh.   Can you hear the gushing from Pirates fans?  Andrew McCutchen is reportedly coming back to Pittsburgh on a 1 year deal.  …